Dermatologists are trained to treat patients of all ages, from newborns to the elderly. This includes the diagnosis, treatment and prevention of problems of the skin, hair and nails. Conditions common among children are moles and birthmarks, dermatitis, acne, warts, vitiligo, insect bites and birth defects. In adults we treat a range of conditions such as cancers and pre-cancers, rosacea, psoriasis and shingles. We also treat eczema, allergies and other disorders that occur in all age groups, and carefully examine moles or other growths to determine whether they are or may become cancerous.

Cysts (also know as sebaceous cysts) are small closed sacs that contain fluid or solid material. A cyst is an infection and requires that the dermatologist drain the contents and sometimes surgically remove the cyst. Sebaceous cysts most often arise from swollen hair follicles. Skin trauma can also induce a cyst to form. A sac of cells is created into which a protein called keratin is secreted. Cysts are usually found on the face, neck, and trunk. They are usually slow- growing, painless, freely movable lumps beneath the skin. Occasionally, however, a cyst will become inflamed and tender.

A rash is an area of irritated or swollen skin. It might be red and itchy, bumpy, scaly, crusty or blistered. Rashes are a symptom of many different medical conditions. Things that can cause a rash include other diseases, irritating substances, allergies and your genetic makeup.

Eczema, or atopic dermatitis, is an itchy inflammatory disorder associated with dry skin. Eczema is often linked to asthma and seasonal allergies. It usually begins during early childhood, often during the first year of life, with spontaneous remission later in life. Eczema classically affects the face, neck, hands, and creases of the elbows and knees.

Psoriasis is a hereditary inflammatory skin condition that affects 1-2% of the population. Psoriasis usually appears as scaly red plaques, most commonly on the elbows, knees, scalp, hands, and feet. Triggers for psoriasis include physical trauma, certain infections, stress, and medications. Psoriasis is often accompanied by arthritis, and more recently, it has been linked to an increased risk of heart attacks.

Molluscum contagiosum is a self-limited viral skin infection caused by a poxvirus. Molluscum appears as skin-colored or white bumps with a characteristic central dimple. It is transmitted via skin-to-skin contact, and molluscum typically affects children or sexually active adults. Molluscum lesions, which can be distributed throughout the body, can persist up to 6 months or more before undergoing spontaneous resolution.

Rosacea is an inflammatory skin condition that is characterized by episodic flushing, symmetric redness, papules and pustules on the face. Rosacea can also be associated with rhinophyma (enlarged nose) and eye lesions (blepharitis, conjunctivitis). Rosacea typically affects adults with fair complexions. Triggers of rosacea include heat, sun, alcohol, and spicy foods.

Warts, or verruca, are caused by an infection of the skin by the human papillomavirus (HPV). There are many types of warts, including common warts, plantar warts, flat warts, and genital warts. Warts are transmitted by skin-to-skin contact and can persist for years if not treated. 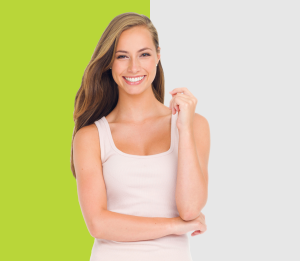 January 23, 2023 Choosing the Best Wrinkle Eraser for Your Face